The driving test has 5 sections:

You will take the same test whether you are driving a manual or automatic car.

How long does the test last

The driving sections should last approximately 40 minutes in total.

In the extended driving test, taken by drivers that have been banned, the driving section should last approximately 70 minutes.

The test candidate has to read a number plate from a distance of:

The new-style number plates start with 2 letters followed by 2 numbers - if you fail the eyesight check, the driving test will end.

'Show me, tell me' questions

Consists of 2 vehicle safety questions known as the 'show me, tell me'.

You will be asked the:

Apart from during the independent driving section, throughout the test the candidate will be directed by the examiner. This will take the candidate through various road and traffic conditions (not on motorways).

Driving test routes are not published, so they can't be checked or practiced before a test.

During the test the examiner will direct the candidate to pull over at the side of the road in order to:

The examiner will ask the test candidate to do one of the following exercises:

For about 20 minutes the test candidate will have to follow a route by using either:

The examiner will decide which one

Sat Nav - supplied and set up by the examiner (in-car systems or sat navs supplied by the candidate are NOT allowed).

Traffic signs - if signs are obscured for any reason, the examiner will give directions until the next one can be seen.

Going off the route - the examiner won't give faults for taking a wrong turning, and will help the candidate get back to the correct route. This is because they are looking for safe, competent and sensible driving from a candidate e.g. if a wrong turn is taken safely, it is not a fault.

If mistakes occur during a test, the candidate should continue because there are different mistake levels. A collection of minor mistakes might not affect the overall test result.

The examiner will only stop a test if they think the driving is a danger to other road users. 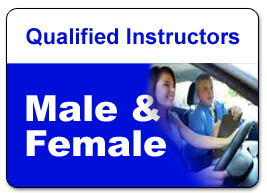 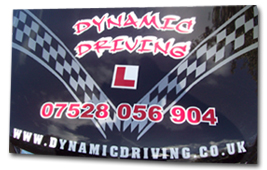